You are here: Home / Bible Study / When Can’t Means Won’t—Part 4 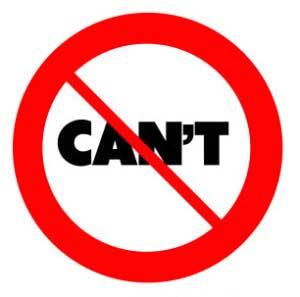 True to his word, Boaz went to the city gate to find the closer kinsman and discuss the situation with him. In biblical times, city gates were central places of commerce and legal activity, as well as being part of a city’s protection against invaders. Important business transactions were conducted, court was convened, and public announcements were heralded at the city gates.

When Boaz sees his relative approaching, he calls out to him and then assembles a group of 10 men to witness their discussion.

Then went Boaz up to the gate, and sat him down there: and, behold, the kinsman of whom Boaz spake came by; unto whom he said, Ho, such a one! turn aside, sit down here. And he turned aside, and sat down. And he took ten men of the elders of the city, and said, Sit ye down here. And they sat down.—Ruth 4:1–2

As the conversation progresses, Boaz asks him if he would redeem a parcel of land from Naomi that had belonged to Elimilech. The man readily agrees. In fact, he seems excited about it.

And he said unto the kinsman, Naomi, that is come again out of the country of Moab, selleth a parcel of land, which was our brother Elimelech’s: And I thought to advertise thee, saying, Buy it before the inhabitants, and before the elders of my people. If thou wilt redeem it, redeem it: but if thou wilt not redeem it, then tell me, that I may know: for there is none to redeem it beside thee; and I am after thee. And he said, I will redeem it.—Ruth 4:3–4

Next, Boaz tells him that Ruth is part of the deal. Under the levirate law, redemption is an all or nothing proposition. This time, the closer kinsman balks and says he can’t do it.

There are three meanings for the word can’t:

Let me illustrate. I can’t fly without mechanical means. I do not have the ability to flap my arms and go air-born. No matter how hard I attempt to, it just will not happen. I can’t fly.

The third way we use the word can’t really means I won’t. I love to go fishing. Let’s say one day you see me in my driveway loading my fishing gear into the trunk of my car. You love to go fishing, too. You walk up my driveway to say hello. I greet you and mention that I’m going fishing on Saturday and ask, By the way, are you doing anything Saturday morning? You think you’ve just hit the mother lode and that I’m going to invite you to come fishing with me. You reply, I’m not doing anything Saturday morning. What do you have in mind? I answer, Great! I need your help. Would you come over Saturday at 8am before I leave for the lake and help me move this sofa from the basement to the attic? Startled, you stutter,Ummm …I’m sorry, I just remembered I promised to take my nephew to the ball game. Maybe some other time.

What just happened here? When you thought the offer would be to your benefit, you readily willing to go along with me. When you found out that there would be work involved, hard work at that, you basically lied about what had to do. Your can’t actually means I won’t do that. I don’t want to. The same thing happened with the unnamed kinsman redeemer. He had the means to redeem the property, but when he discovered the transaction included Ruth, he backpeddaled and said he couldn’t do it because it would impact his inheritance. He doesn’t explain how or why, he just backs out of the transaction. Not only do we ever learn his name, but he’s never mentioned in God’s word again.

Things worked out great for Boaz and Ruth though. They married and had children.

So Boaz took Ruth, and she was his wife: and when he went in unto her, the LORD gave her conception, and she bare a son.—Ruth 4:13

Not only did they have children, but they had a very special child. His name was Obed. Is Obed not familiar to you? Obed is the father of Jesse, who is the father of David. Yes, that David! Ruth is the great-grandmother of Kind David. As such Ruth is in the direct lineage of our Lord and Savior Jesus Christ.

And the women her neighbours gave it a name, saying, There is a son born to Naomi; and they called his name Obed: he is the father of Jesse, the father of David.—Ruth 4:17

We could end the study here, but we’re not finished yet. In our concluding chapter, we’ll explore how this all relates to us today and why it’s so important.