You are here: Home / Computers and Internet / Side Effect of the Job Loss, New HP DV8T Laptop 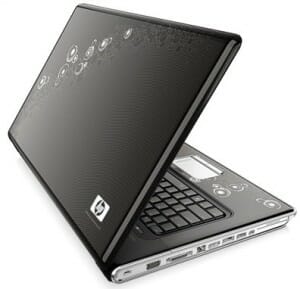 One of the side effects of losing my job is that I also lost the use of a laptop. I’ve been in IT for 25 years and have never owned my own laptop.  My daughter has one. It’s a small ASUS EEE PC that she uses for school work. But I‘ve I never had my own personal laptop until yesterday.  As a writer and public speaker, I need the flexibility of a laptop so that I can capture my thoughts as soon as possible. It’s difficult going to events and making speeches and presentations without one. Two weeks ago, I ordered a DV8T from Hewlett Packard. It isn’t top of the line, but it is spec’d out pretty nicely. The computer shipped last Friday.  It made its way from Shanghai China to Raleigh North Carolina by way of Anchorage Alaska, Newark New Jersey, and Memphis Tennessee. It arrived at my home yesterday afternoon, no worse for the wear. When I first saw the box, I did have some concern for it’s health. The corner of the box was crushed pretty badly. It looked like it had taken a pretty good jolt. I began filming an unboxing video to document its condition. I wanted to make sure that if there was anything wrong with the computer, I had a record of it. I may post the unboxing video on YouTube later this week.

The computer has an Intel Core i7-820QM processor operating at 1.73GHz with TurboBoost capability up to 3.06GHz.  It has 8Gb of memory and 1Tb of disk space. The video processor is a little lightweight. That’s a Nvidia GT 230M with 48 Cuda cores. I’m running Windows 7 Ultimate 64-bit as the operating system. For those of you who think I just spoke in Latin, let me translate. It’s pretty fast and can store a lot of data.

The screen is huge. It’s an 18.4” 1920 x 1080p high definition display. It comes with a blu-ray drive and two earphone receptacles. I am so looking forward to watching videos with my wife or daughter. Before I forget, it has a built-in high-def digital TV tuner. It is really a nice computer. I even have it lo-jacked in case someone decides to walk off with it when I’m not looking. In the unlikely event that it does get stolen, the first time the thief attempts to turn it on and connect to the net, law enforcement will be notified of their location. Lo-jack is built into the BIOS and cannot be circumvented.

I was up until 2am last night setting it up the way I want it. Like most companies, HP loads their laptop with bloat-ware, partner sales information and software that you never wanted or will never buy. I took all of that garbage off. When I was finished, I made the recovery disk set. I’m blogging from the laptop right now.

As nice as it is, it does have some quirks, but what PC doesn’t? Prior to making my decision for this machine, I spent a lot of time reading the posts from other DV8T owners on http://forum.notebookreview.com in the Official HP DV8 Owner’s Lounge. The forum has over 2,100 posts. I read a lot of complaints about the video drivers. The video drivers that come native on the laptop are buggy. They frequently stop working. The screen goes black for a moment as they reload into memory. It happened to me within 10 minutes of opening the box. If you go to the Nvidia site and download the latest drivers, they won’t install on the computer. This is because HP modified the original Nvidia drivers to work with their sleep button. The owners forum describes a little hack on page 161 that allows you to work around the Nvidia install issues. I performed that hack last night and the newest drivers installed without consequence. I have had no problem since. You will have problems if you use sleep mode, which I don’t. The real Nvidia drivers don’t have HP’s customization.

HP’s tech support denies there’s a problem with the video drivers even though the issue has been reported since the computer first came out last October. It’s hard to understand how a company of the size and reputation of HP can deploy a machine with faulty drivers. Maybe it’s going to take someone filing a class action law suit to drive a better quality assurance process.