You are here: Home / Bible Study / Speaking in Tongues—Part 3 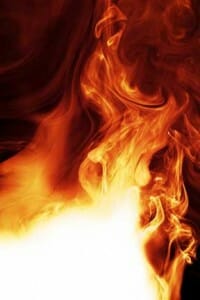 “And they were all filled with the Holy Ghost, and began to speak with other tongues, as the Spirit gave them utterance. And there were dwelling at Jerusalem Jews, devout men, out of every nation under heaven. Now when this was noised abroad, the multitude came together, and were confounded, because that every man heard them speak in his own language.”—Acts 2:4–6, (AV)

Acts 2 describes the events that occurred on the day of Pentecost. As the Apostles and those that waited with them in the upper room received the sign gift of tongues, the tongues were used as a missionary or evangelistic tool in fulfillment of Isaiah 28:11 (AV) which says, “For with stammering lips and another tongue will he speak to this people.”

Acts 2:5 says, “And there were dwelling at Jerusalem Jews, devout men, out of every nation under heaven.” There was no need for the disciples to learn other languages before they could communicate the Gospel. God overcame the language barrier through the miracle-gift of tongues.

When the disciples “began to speak with other tongues, as the Spirit gave them utterance” (Acts 2:4), the hearers responded with the question, “And how hear we every man in our own tongue, wherein we were born?”—Acts 2:8, (AV).

Those attending the feast were “Jews” from other countries who spoke many languages and dialects, and yet each heard the Gospel in his own tongue. Whenever tongues are used in Scripture, they are always acknowledged as a known human language. They would have to be wouldn’t they, if their purpose is to convince the Jewish unbelievers of the Gospel and fulfill Isaiah’s prophecy?

The people who heard the Gospel message preached in their own languages (tongues) responded in great numbers. “Then they that gladly received his word were baptized: and the same day there were added unto them about three thousand souls.”—Acts 2:41, (AV)

The second mention of speaking in tongues occurs in Acts 10:46:

“While Peter yet spake these words, the Holy Ghost fell on all them which heard the word. And they of the circumcision [Jews] which believed were astonished, as many as came with Peter, because that on the Gentiles also was poured out the gift of the Holy Ghost. For they heard them speak with tongues, and magnify God. Then answered Peter, ”—Acts 10:44–46, (AV)

On this occasion the use of tongues was to communicate the Gospel and to confirm the message of the Gospel to the believing Jews who accompanied Peter. As a result, Cornelius and his house became believers. Later, when relating this experience, Peter associates it with Pentecost. He says, “And as I began to speak, the Holy Ghost fell on them, as on us at the beginning” (Acts 11:15). At the house of Cornelius, tongues-speaking was a sign to the Jews present at a time when the Gospel was being communicated.

The third passage in Acts in which speaking in tongues is recorded is Acts 19:6, “And when Paul had laid his hands upon them, the Holy Ghost came on them; and they spake with tongues, and prophesied.”

Again the purpose of tongues was missionary and evangelistic. When Paul came to Ephesus he encountered twelve disciples of John the Baptist. He asked them, “Did you receive the Holy Ghost when (not since) you believed?” (Acts 19:2, see the R.V.). These at Ephesus considered themselves to be Christians because they had heard the message of John through Apollos. You see, there is a belief unto salvation and a belief that does not result in salvation. The latter is merely an academic, intellectual belief that even Satan and the demons demonstrate (James 2:19. cf. Mark 5:7).

There are undoubtedly people today who have a belief in the historical Jesus Christ as a man and maybe even the Son of God, but who have not been saved. Paul suspected that such was the case with the disciples of John whom he met at Ephesus. When he learned they were not saved, he told them they must trust Christ for their salvation. We can understand the confusion they might have experienced, therefore some evidentiary sign was necessary. “And when Paul had laid his hands upon them, the Holy Ghost came upon them; and they spake with tongues, and prophesied” (Acts 19:6). Again the purpose for speaking in tongues is obvious, namely, to communicate the Gospel message.

These are the only instances of tongues-speaking recorded in the Bible. Except for the passage in 1 Corinthians, none of the later Epistles even mention speaking in tongues. Many of you will probably disagree when I say the gift was used only in the transitional period between Law and Grace and that the sign gifts continued through the period of the Apostles while the New Testament was in the process of being written. But I’d like to encourage you to stay with the study as we move into Speaking in Tongues—Part 4 so you can see what God says about the matter.